On towards Autherley Junction

It rained on and off all evening, and was grey but dry this morning.  We set off around 9, so we had a choice of destinations if Meg became ill again.  A cheerful fisherman was just setting up at the bow – there is a match this morning, but with only 20 competitors it was unlikely to cause us any delay.  We had hoped to take on water above the lock, but someone arrived as we locked up, so we just disposed of rubbish.  What a luxury not to have to bother with emptying cassettes!  As we cruised between locks it looked as though someone might have had a leak in last night’s rain – roofing felt was being lifted off here in jagged fragments. 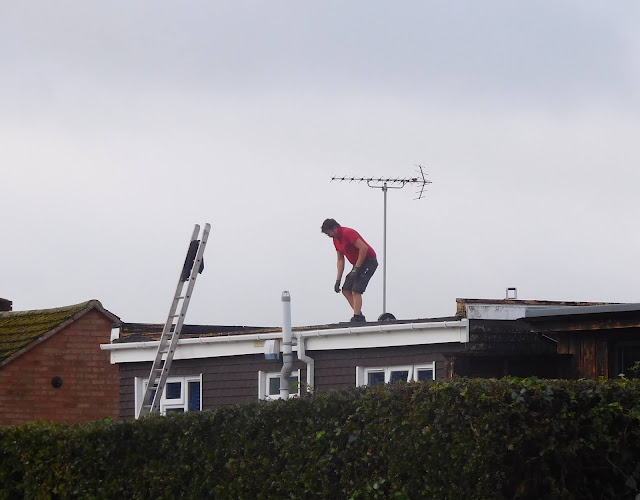 Filance Lock is a bit awkward with a vigorous bywash just below it, and no bollards to moor to as the lock empties.  Below the bottom gates the brickwork is worn away at gunwale level where boats have been knocked about, or over-compensated with the steering.  Dave didn't touch it I'm pleased to report! 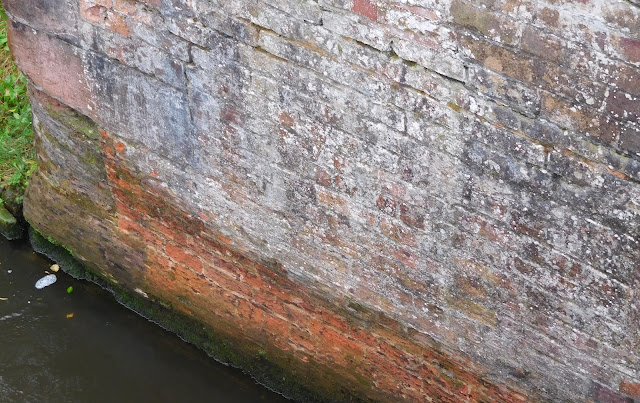 There were quite a few boats on the move today, but no queues at the locks.  A hire boat was coming down Gailey lock so that was set ready for us.  It was very congested above the lock – two boats on the water point/lock landing, and mooring two and three deep on the wharf opposite.  With a boat holding back to allow us to get out of the lock and past the boats watering up, we pulled in at the far end of the water point to wait – there are 4 taps here, but even when two boats fill at the same time the pressure drops, so we opted to wait – and our hirer’s hose was too short to reach the vacant tap anyway.  The boat we needed to move out of the way wanted to go down the lock, and with a boat already descending, there was a bit of a wait before we could pull back.  We stopped for lunch on the visitor moorings further along.

The towpaths round here are very gritty and with last night’s rain the ropes were unpleasant to handle. You really understand why when traffic was horse-drawn the bridges needed rope guards! 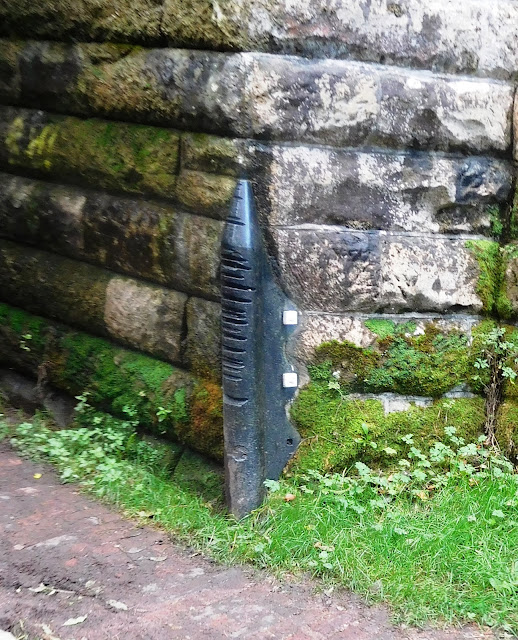 I used to think these were to stop the tow-ropes being worn away on the brickwork – but no, it’s the other way round, the brickwork is being protected from the gritty ropes.  There were no more locks now until the junction with the Shroppie.  We cruised on past the Four Ashes chemical works at Calf Heath, with its forbidding signs. 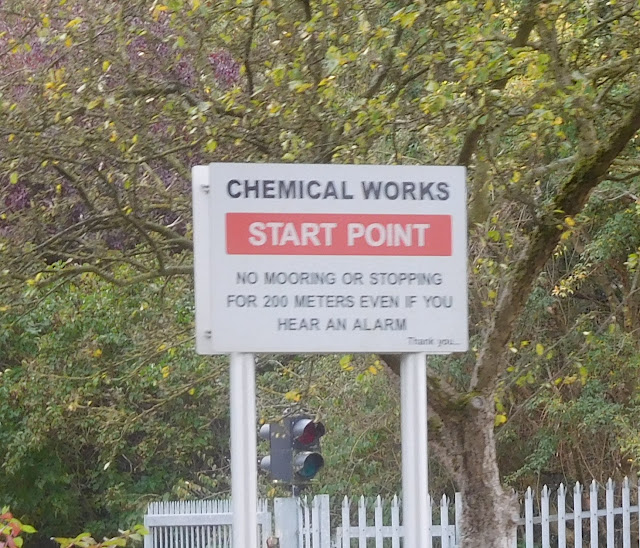 The wording always seems strange to me – shouldn’t it be ‘especially when you hear an alarm’?  On we went round the bends and past the Hatherton Branch.  The Hatherton canal used to connect to the northern reaches of the Cannock Extension canal on the BCN and was a profitable concern for transporting coal, but was abandoned in 1955.  Since then large parts of the Cannock Extension canal have been destroyed by open-cast mining, and the proposed restoration by the Lichfield and Hatherton Canals Restoration Trust is to re-route the canal to join the Wyrley and Essington near Pelsall Common.  It would be nice if that were to happen in our boating lifetime …. 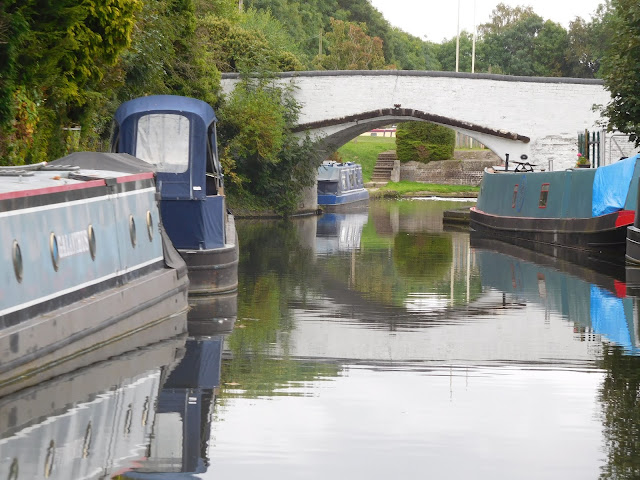 The Hatherton Branch is now used for moorings, and the first lock has been adapted for use as a dry dock, as in the arm at Norton Junction.  We had hoped to moor for the night on the open stretch of piling past Deepmore bridge, but it was occupied so we went a little further on through Moat House Bridge.  It’s a bit shady, but there is little noise from the roads either side of the canal, or the railway.  Meg was up for a walk this evening and a game of ball.