Monday 23rd September; Hatton locks (4 up) to Lapworth locks (the Boot pound)
We woke quite early, just as the sun was peeping through the towpath hedge.  We’d made no particular effort for an early start, but at ten past 8 we were ready, and the boat we had come up with yesterday still had its curtains drawn.  So off we went – rain is forecast for this afternoon and we would rather have finished for the day by then!

It was still chilly in the shade but we had our shorts on, and it wasn’t long before our jumpers came off.  The volunteers started early today – we had only just done the first lock when one appeared.  At Ugly Bridge (where there is a gap in the hedge to get to the garage shop) is artwork of an anatomically strange insect of some kind – it’s been here for years. 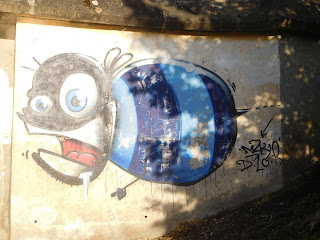 The sun was dazzling and made it difficult to get a decent picture - I was in the shade under a tree, but shooting into the sun doesn't really work on this camera. 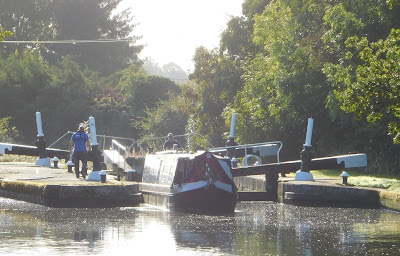 I couldn’t hang about – while I had gone to lock ahead, David the volunteer soon vertook me to set the next one up.  We made a fine team. 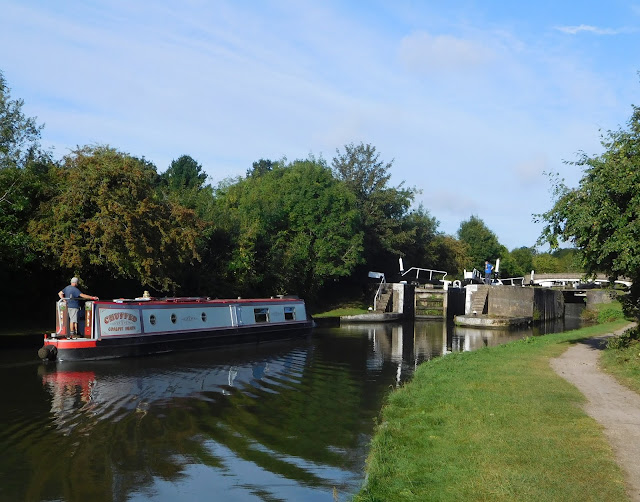 Even with his help, these locks are hard.  I was pleased to be coping though – I finished chemo a few weeks ago and am building up my strength again.  Boating is an ideal test, because if it’s too much Dave will take over and I’ll steer.  But so far that hasn’t happened, partly because he leaps off to help when he can.  He he is at the bottom of ‘the thick’. 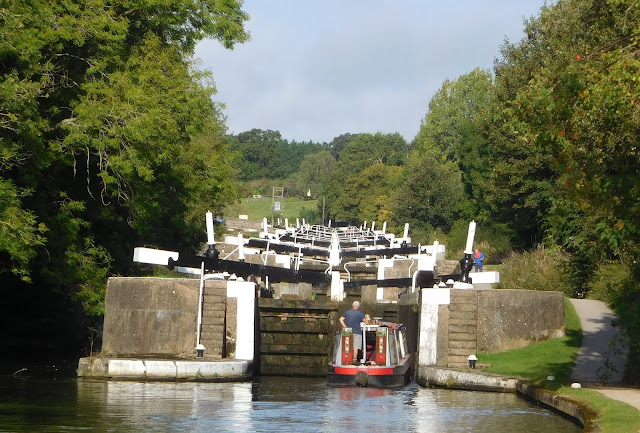 At about halfway, volunteer David went back down the flight with another boat and his partner Ron took over, helping us up as far as the CRT workshops, where we met two boats coming down. 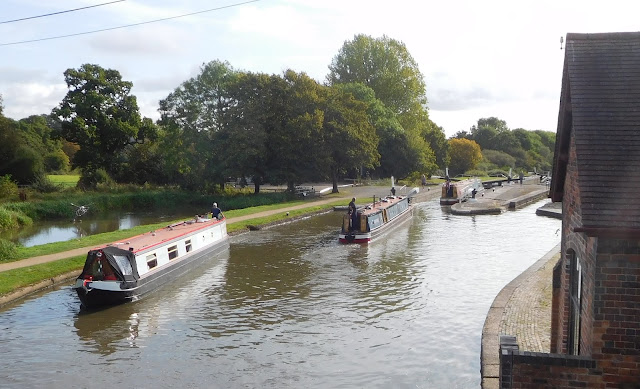 The last 4 locks were in our favour.  I was just raising the top paddle on the last lock when two familiar faces appeared – John and Julia from NB Rune.  We haven’t seen them for a while and as they were waiting (in vain) for another boat to join them for the descent, we sat there in the full lock and had a good chat.  Eventually they gave up waiting and started down, while we took their place on the water point, emptied cassettes and disposed of rubbish.  Then we moved along to the visitor moorings, where we left the boat and went down to the café for a very early lunch.  We had come up the 17 locks in 2¼ hours and felt we deserved a treat!

Some Triumph enthusiasts had the same idea.  I wonder if those bikes are ever taken out in bad weather?

Fortified with a fry-up, we were on our way again well before 1 o’clock.  Shrewley tunnel was its usual dripping self.  The mossy bit at the north end seems to get bigger every year. 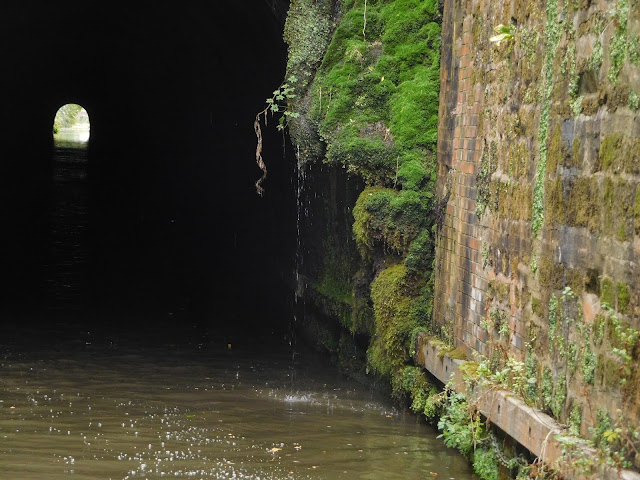 It’s a good thing we had the big brolly up or we would have got very wet indeed. 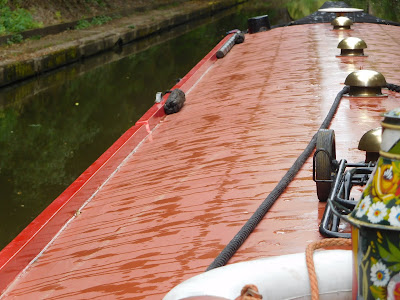 The old wooden boats between the tunnel and Kingswood Junction seem to have been abandoned.  We thought once that the smart red number plates meant they would be getting some TLC, but now they seem to be getting more and more dilapidated. 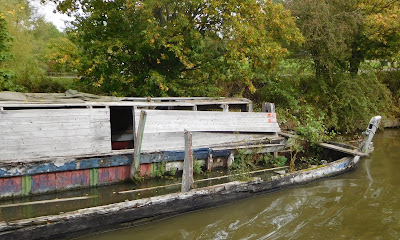 We turned off the Grand Union towards the Stratford canal.  Should we moor here tonight or go up the first few of the Lapworth flight?  Our mind was made up as a boat came down the lock by the cottage, and proceeded to take the best mooring.  We went on.

With boats coming down, and a volunteer too, we were swiftly up the 6 locks to the pound below the Boot Inn, where there is space for several boats.  By 3pm we were safely tied up and within half an hour it was raining.  The weather forecast is dire, so we are glad that at least some of the flight has been done!