We had no grand cruising plans this season as we had several important family occasions occurring throughout the year. The most joyous was the safe arrival of grandson Finn and of course our routes had to take visiting into account!  I think he’s still a bit young to enjoy boating. 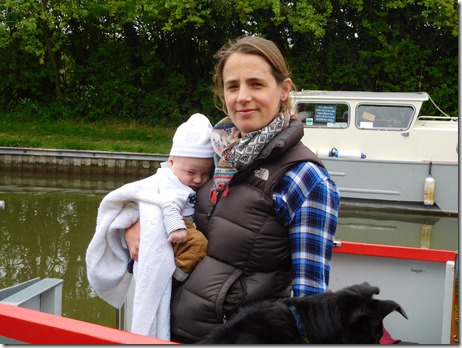 So we stayed mostly in the south and west Midlands, with Great Haywood Junction our most northerly point.

We also had to stick around for getting measured up for a new cratch cover and then having it fitted. 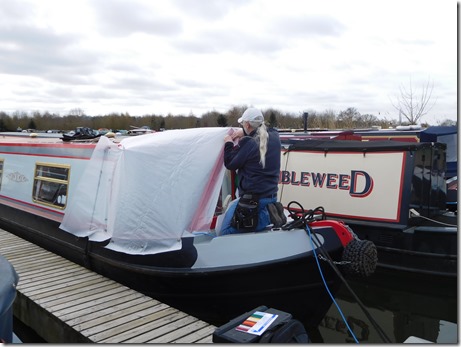 Tim Garland did the cratch cover for us, and while we were based at Calcutt we also had the bottom blacked.

Our mileage was a little higher than last year, though still within the 500 – 600 miles which seems to be our range. 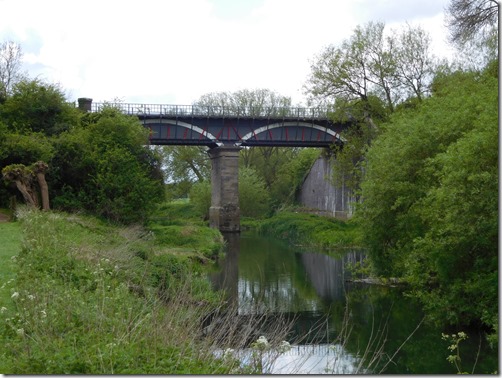 We stayed in 4 marinas this year; Droitwich Spa, Calcutt, and Springwood Haven were familiar to us but we had not stayed at Alvechurch Marina before. We revisited old haunts for most of the time and our only new waters were on the BCN (in italic below). 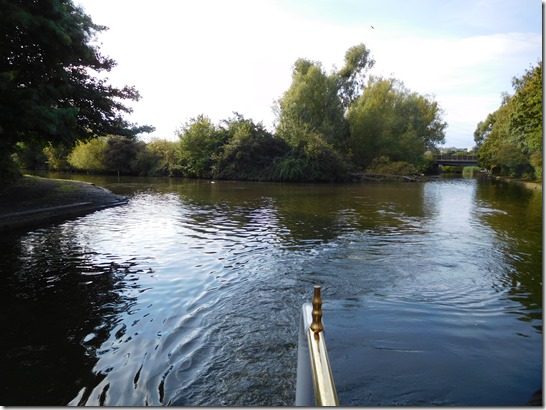 Turning away from Titford Pool

Best bits?  Well, we couldn’t beat grandson Finn’s first visit and then first cruise, though he wasn’t that impressed. 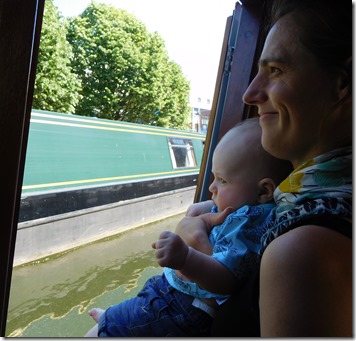 ignoring a boat going by in Birmingham

And of course we had the fascinating trip into Dudley tunnel. 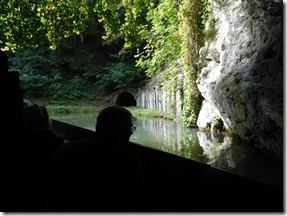 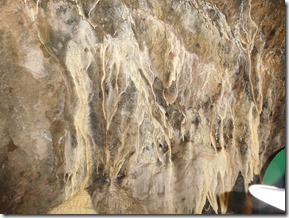 Other lovely bits of cruising included revisiting the Avon and the lower Staffs and Worcester after a gap of several years.  It was interesting to see electro-fishing for zander at Soulbury Locks and near Cosgrove in April.  Zander are removed as they are an introduced species and predate our native fish. 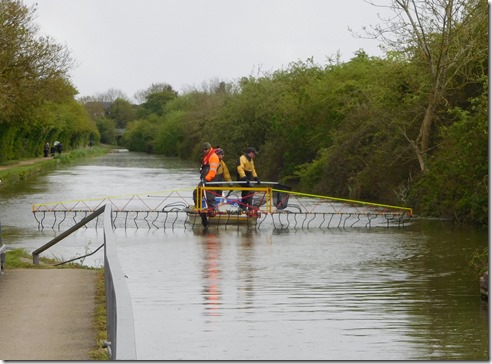 However, later in the year I met a man spinning for pike who was involved with running a fishing club and he reckoned that the stocks of native fish in his area were good – local fishermen had stopped removing zander when they caught them.  He said that zander are cannibalistic and predate smaller fish of their own species, which helps to protect the native small fry and the populations seemed to have stabilised.  Of course we moored in many lovely spots.  This one is near Hockley Heath on the North Stratford. 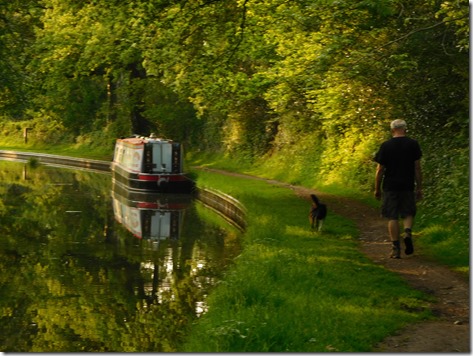 Returning from the pub at Hockley Heath 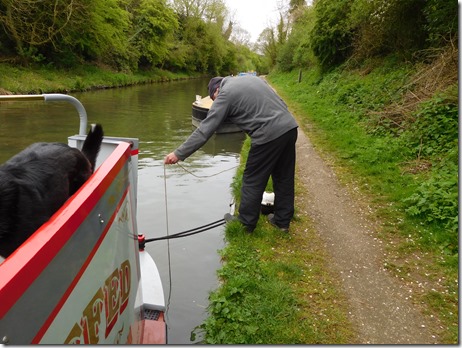 and the stonking great vet’s bill at Stratford on Avon wasn’t exactly a high point, though necessary.    There was some dreadful weather but somehow we managed to be tucked up inside for almost all of it.   Meg’s looking a bit greyer but then aren’t we all? 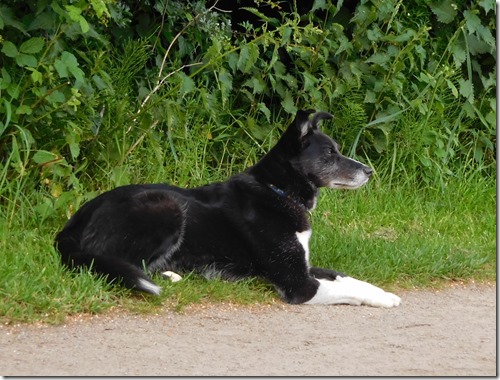 A pretty good year’s boating on the whole.  And for next year – who knows?  Nothing planned as yet, apart from getting a new tiller pin!

Best wishes to all for a good year to come – boating and otherwise.