How could we have known in March 2020, on our first visit to Chuffed, that the year would become so strange?  The disquieting news and speculation of early March had made us keen to check on the boat after winter in case we weren’t able to come again.  Hand-washing and keeping your distance seemed to be the official advice, but panic-buying was rife – why were the supermarkets cleared of loo rolls when the virus doesn’t affect your guts?  With bits and pieces of work to do on the boat, and strong cold winds blowing across the marina, we lit the fire and stayed put for a couple of days, making lists of what needed doing and buying for our first trip – if and when that happened.  It was a long wait. 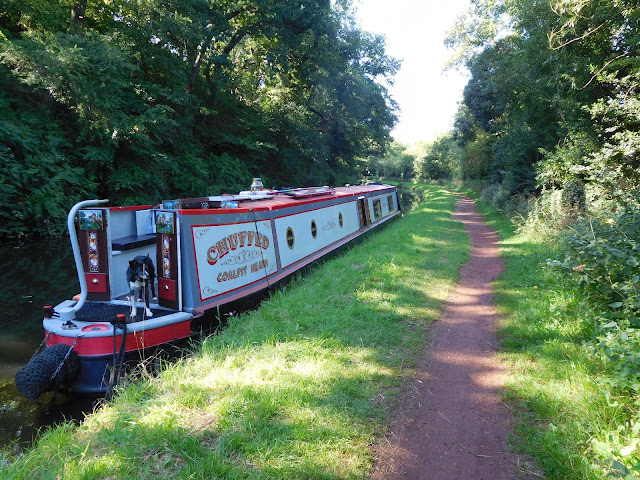 We made it out in the end - moored at Whittington

We didn’t want to move to a different marina for the summer, which is what we normally do – it seemed unwise for Dave to use public transport to pick up the car if we stayed elsewhere, so we paid our mooring fees for the summer at Droitwich.  It’s a great place to stay after all and suits us very well.  A few days after lockdown eased (we thought there might be a rush of boaters leaving the marina to start with) we had a ‘proper’ 2-week trip round the Stourport ring.  We had missed cruising so much that every lock was a joy, including every single one of Tardebigge!  The lovely volunteers were out too, making it even better. 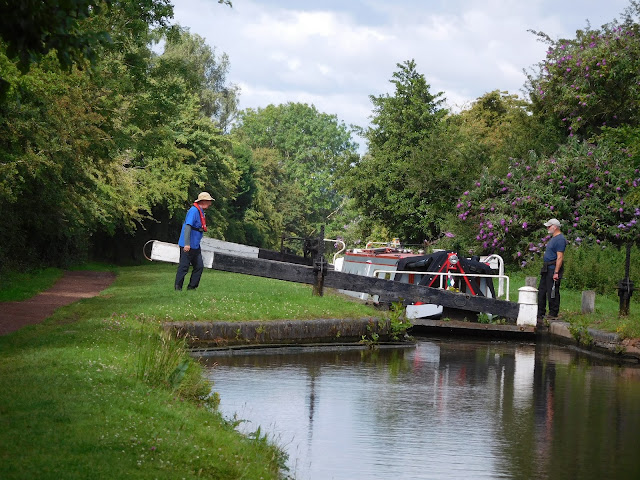 We shopped as little as we could, and though masks were not yet mandatory in shops I joined the few others who had started to use them.  The NHS had sent me a good reusable one because I’d had chemo in 2019, and it had the advantage that my glasses didn’t steam up too much in the shops!   I was advised in April that I was no longer super-vulnerable, which was great as it meant I could get out for walks, but being able to cruise again was wonderful. We didn’t stop in Birmingham for a couple of days as we usually do, but cruised straight through to moor on the Netherton Tunnel branch. 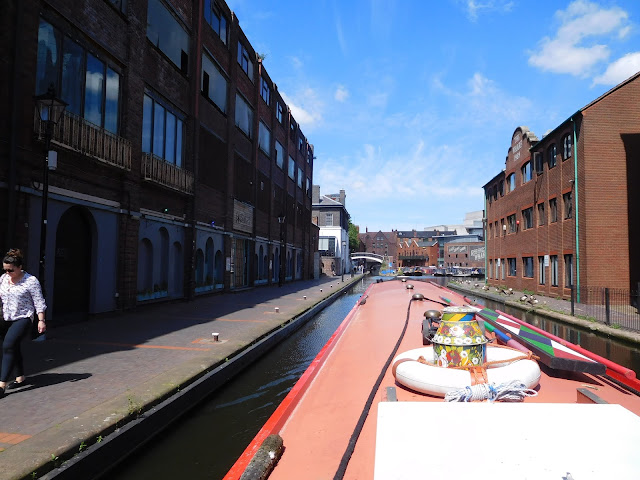 Where have all the boats gone?
Lockdown sadly hadn’t affected the amount of rubbish in the canal, and the lack of boat traffic since March had allowed rampant weed growth on the Wolverhampton level which had made its way onto the main line above Factory locks; we had several trips down the weed hatch for weeds, made worse by bits of plastic and other rubbish. 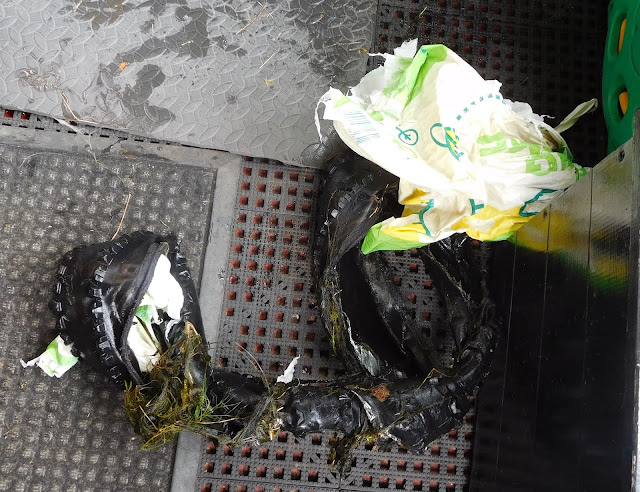 The weed was yet to come!

The canals were quieter than we had expected, and we had no difficulty finding quiet places to moor, although the shears had to come out now and then for a bit of trimming. 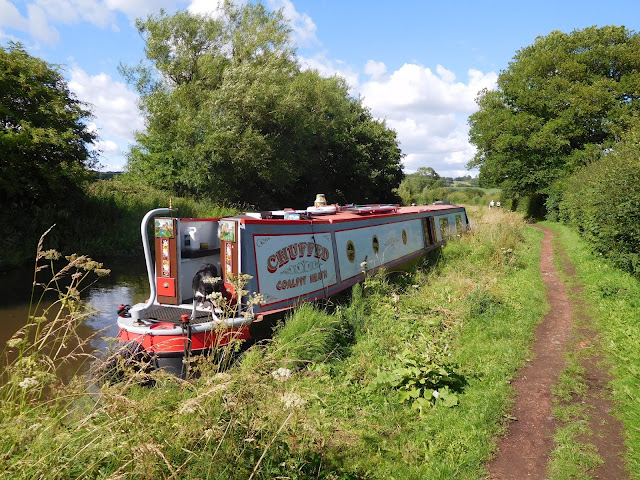 So this is how the spiders sneak aboard!

It wasn’t long before we were out cruising again, grabbing the opportunity while we still had it.  There were quite a few first-timers about once the schools had broken up and they all seemed to be thoroughly enjoying themselves.  The mostly fabulous weather must have helped. This time we cruised the Droitwich canals before joining the Severn at Hawford and travelling down to Tewkesbury to join the Avon, which never fails to delight, although this time we had a major upset with a damaged rudder stock.  With different timing, it could have been disastrous and we were jolly lucky not to have got into serious trouble. 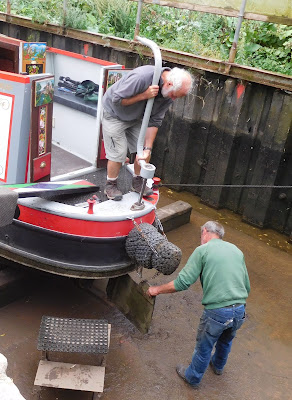 Luckily we were off the Avon when the weather turned; the torrential rain might have soaked us through but didn’t dampen our enthusiasm (well, maybe a little bit).   We even had to slacken our mooring ropes when the canal overflowed the towpath near Kingswood junction. 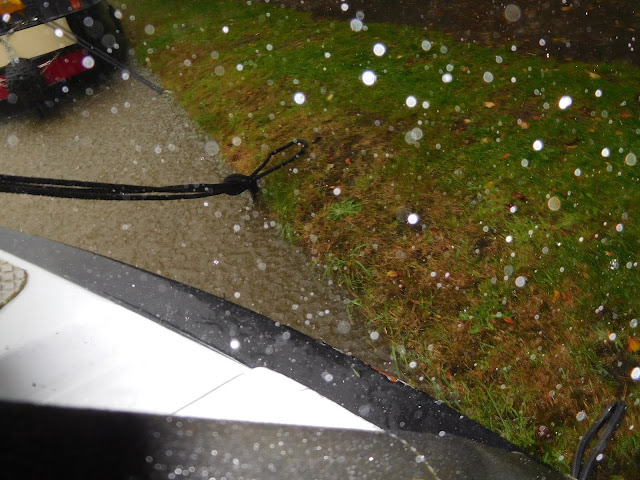 There was more torrential rain as we completed the Lapworth flight, and again on the stretch from King’s Norton to Alvechurch.  Then glorious sunshine for the descent of Tardebigge so we could dry ourselves off properly!  We met Robbie Cummings on NB Naughty Lass, with his filming crew and their drone, but failed to survive the edit for Canal Boat Diaries.  Not surprising, considering the entire journey from Stourport to Kingswood Junction was condensed into a 30-minute episode, though of course a little disappointing.  We did though see the roof of NB Acorn, fellow-moorers at Droitwich, who were a couple of hours behind us on the flight. 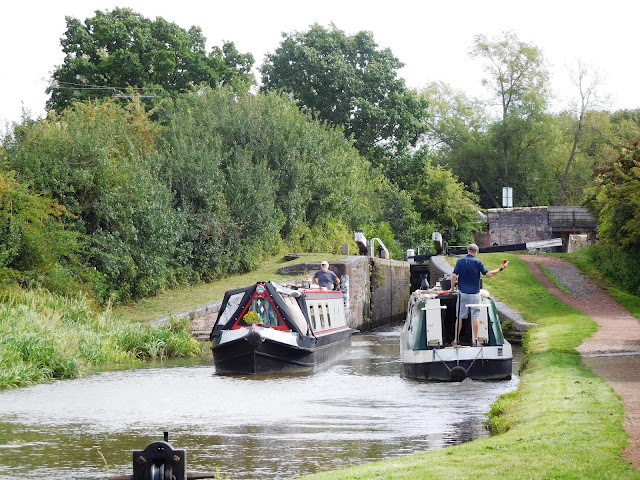 
This was the time of the ‘Eat Out to Help Out’ campaign.  We didn’t feel comfortable going into a pub to eat, and it was too wet or chilly to eat outside, so we had takeaways instead, sadly full price!  The Wharf at Hockley Heath was not impressive, neither their Covid precautions nor the fish and chips, but the Queen’s Head at Stoke Pound was much better organised and efficient, and the beer and pizza were good too.

On our third cruise we had intended to go up-river to Stourport and return to base via the Stourbridge canal, Netherton tunnel and Tardebigge.  But I’d injured my ribs in the interim, and anyone who has done that would know that all that locking would be impossible – and with Dave’s back playing up too we changed our plans.  Instead we pottered gently down to Worcester, hung about at the Commandery and beside the racecourse, then had a cruise upriver to charge the batteries before we tootled slowly back to base.  Instead of the anticipated strenuous exercise, I (slowly and carefully) emptied, sorted and cleaned the indoor and outdoor cupboards and lockers while Dave got on with some much-needed rubbing-down and touching up of paintwork, including a complete repaint of the enclosed part of the stern deck and lockers.  We had a blissful day moored at Oddingley, where we have never stopped overnight before, fearing the railway would be too close, but it immediately became one of our favourite mooring spots. 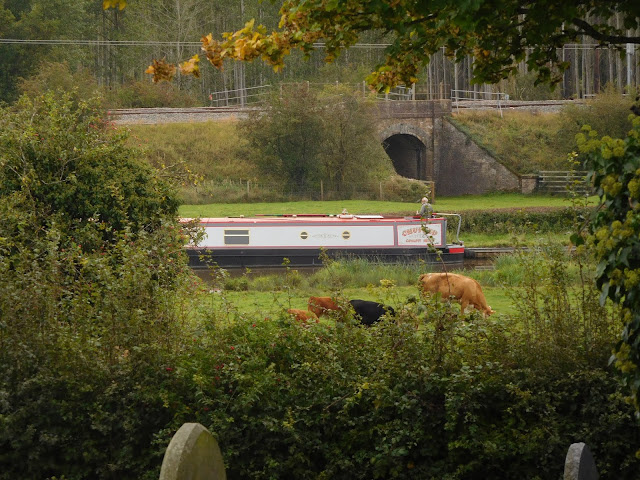 Our last trip of the year was a week in October, mostly to get the boat cleaned and ready for winter as we feared a second lockdown was on the way.  (Spoiler alert – it was).   So we took our time cruising the Droitwich Ring, which hirers do in 3 days.  We stayed at Hawford junction for one of the wet days, where I left Dave getting on with jobs and took Meg down new (to us) footpaths to the Severn, where I saw the just-opened fish pass at Bevere Lock. 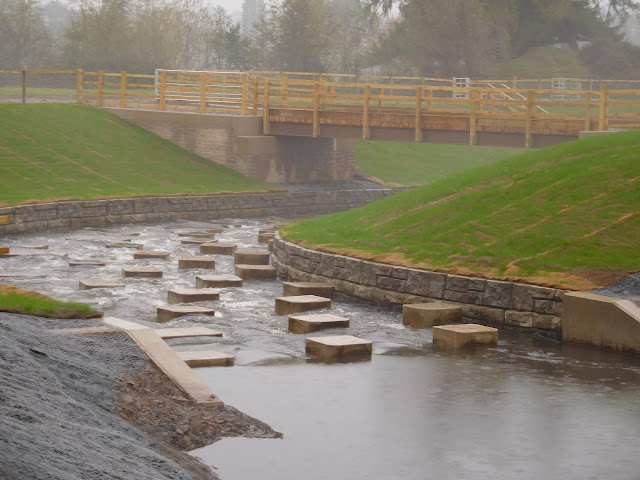 The one at Diglis will take longer to complete, as it will incorporate a viewing window for the public  to watch salmon and the endangered twaite shad, eels and lamprey bypassing the weir on their way upstream.

So, how do the stats compare with last year’s?

We only had four trips with a total of 53 nights on board, but considering that many people had to forego their holidays completely, that is a massive win.  We managed to do just over half our normal amount of boating during the year and think ourselves very lucky to have been able to do it.  Unsurprisingly we visited no new waters, but discovered the Farmers’ Market at King’s Norton and the Zero Waste shop in Worcester.  We mostly moored in familiar spots and added Oddingley to our favourites.  Dave did maintenance and a lot of painting.  The cupboards and lockers are clean and tidy and the outside washed, though in the end the weather prevented us from completing the polishing. 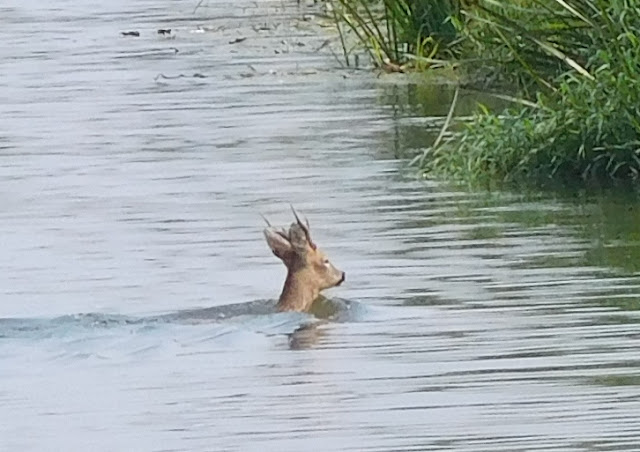 An interesting extra on the Avon

We travelled about 252 miles along waterways pretty well-known to us; the Droitwich canals of course, as well as the Worcester & Birmingham, Birmingham Main Line, Staffs & Worcester and Stratford canals, and the rivers Severn and Avon.   Nearly 152 miles of that were on narrow canals, just over 13 on broad canals, just under 87 on rivers.  We went through 285 narrow locks, 43 broad locks and 6 wide (river) locks.  We crossed 3 aqueducts (Edstone, Wootton Wawen and Yarningale) and traversed 14 tunnels (Dunhampstead, M5, Impney Way and A449, Brandwood, Wast Hill, Shortwood, Tardebigge, Edgbaston, Broad St, Galton, Wolverhampton, Dunsley and Coseley). 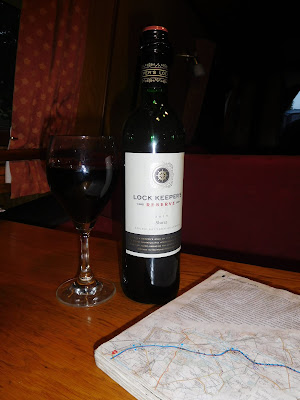 Definitely more than half full
In spite of the restrictions, we managed to do over half our usual amount of boating, so I’m not going to moan about our year.  We have had it remarkably easy compared with many people, and thoroughly appreciate how lucky we are to have our health (so far at least) and our boat.  As I write, Devon has entered tier 3, so it would be daft to try and make firm plans for 2021, especially with the worries about the new Covid variant.  I will keep my opinions about the necessity/tardiness (you choose which) of the latest restrictions to myself, as there is more than enough uninformed comment flying about!  I will say though that I trust the scientists.   Several of my older friends have already had their first jabs, and now the Oxford vaccine is shortly to be available, so we will endeavour to see our glasses as half full however difficult that may prove to be. What can we do but keep each other safe, pray for better times, and wait and see?  Oh, and get our vaccinations.

I hope everyone had a decent-enough Christmas under the circumstances and wish everyone a happy, safe and peaceful 2021, and cross fingers it will be full of boating. 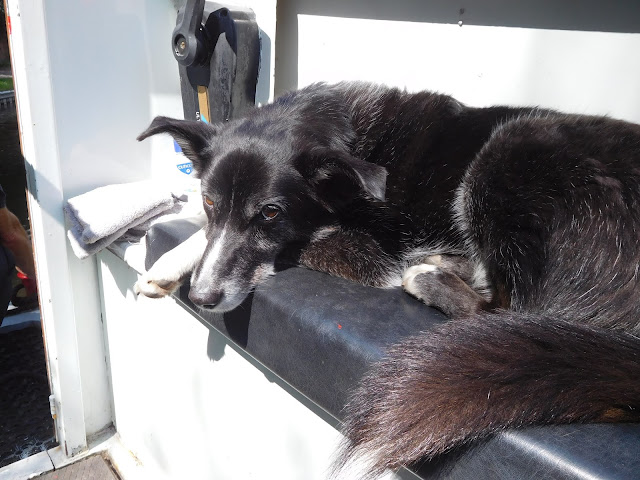 Many thanks to our friend Chris who photo-shopped the dog bin out of the new header image!  It's taken from the little park on the edge of Worcester, near bridge 12, the one with the jungle mural.