We decided on an early start as rain is forecast for later on and we didn’t know how long we might have to wait at Napton lock flight; overnight closures are now in place because of the lack of rain, so we were expecting to queue.  Juggler and The Prattyflower had gone by yesterday afternoon, and Dolcie Blue and Tara early this morning.  We were away before 8 in glorious warm sunshine. 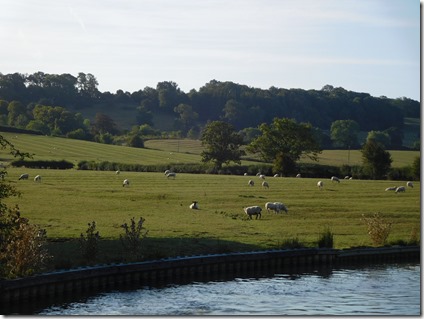 We weren’t the only ones enjoying the warmth.  This one didn’t even blink as we approached, just blissing out in the sun. 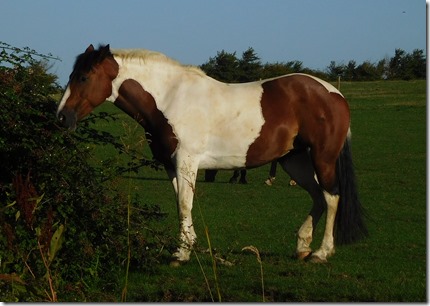 We arrived at Marston Doles and the top lock to find The Prattyflower just going in and Tara moving up to let us pull in.  We all worked together and soon Tara was going down.  As I went to close the second bottom gate they called back to warn of a boat just round the bend, so I opened up again.  There was a fair bit of this as we went down the flight, with all crews appreciating the need to save water and use the locks efficiently.  The water buffalo had what looked like a fairly new calf with them today. 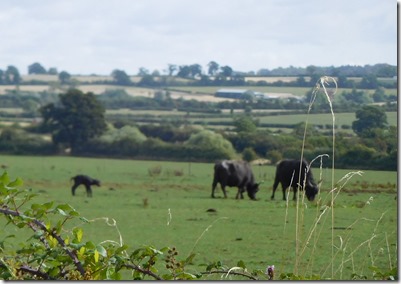 Once we had got past Napton Adkins lock, and the locks are closer together, we had volunteers to work us through and encourage people to wait for oncoming boats where possible; with some new hirers on their way up there was a bit of educating to be done.  There is a volunteer on the offside bottom gate in the picture, but you can barely see him against the hedge behind. 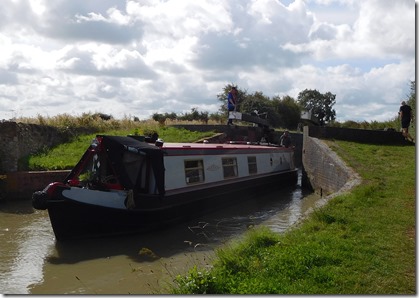 Yesterday, as if the lack of rain wasn’t bad enough, someone hadn’t closed the bottom paddles before opening the top ones at one of these locks so there were some delays as the resulting low pound had to be sorted by the lockies.

The wind had been getting up as we came down the locks and black clouds were looming as we made a quick stop below the bottom lock to empty a cassette and dump rubbish.  The water point is further on beyond the bridge – we went through and just got the hose running in time to dive inside as the heavy rain started.

Luckily the rain eased just as the tank had filled – excellent timing.  We moved round the corner, passing Dolcie Blue before we moored up ourselves. 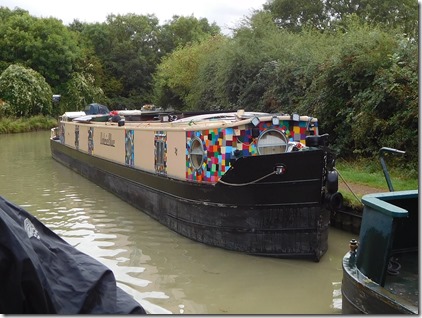 It was very hot again as I walked up to the village to get a few bits in the shop.  We had lunch, and then, as we are going into Calcutt marina in the morning, decided to stay here till tomorrow.  Meg told Dave she thought there might be a good field to play in behind the Folly so they went off and had a lovely time.  While they were out of the way I cleaned through the boat, which is much easier when she is out of the way!

During the afternoon the moorings gradually filled up.  A 62’ boat tried to fit in the gap in front of us; we were already sharing the ring at the stern, but I went out to use a cladding pin to shuffle us up even further.  This isn’t so easy when there is only one of you. When I turned round to see if the waiting boat could fit they had disappeared!  Dolcie Blue, who had come round away from the bend to find a straighter edge, had also shuffled a bit making room a few boats further along.  Half an hour later a slightly shorter boat arrived and between us we managed to shoe-horn them in.  We had more room at the stern – about a foot! 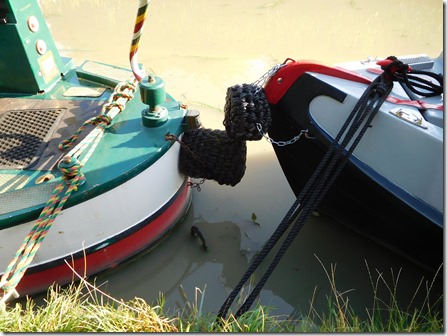 There was a lot of floating weed in the canal – boats were coming up to the locks with it draped around their bows – and one family was making use of it! 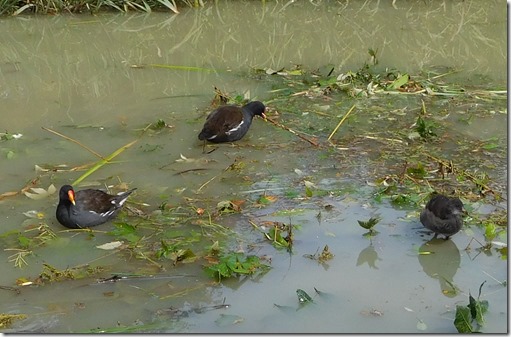 The youngster is growing its teenage feathers but still has some of its baby fluff. 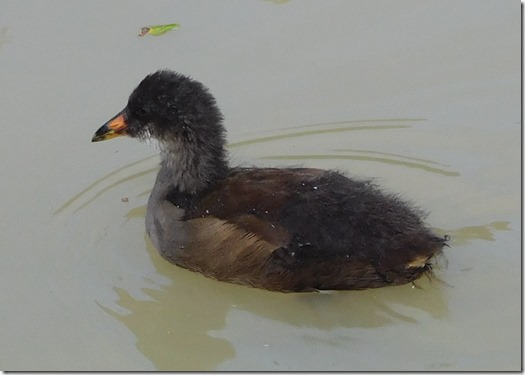 There was another visitor at the side hatch – very insistent, and I nearly managed to get a snap right down its throat!  The dog heard it hiss and came rushing up but I wasn’t quite quick enough to capture the nose-to beak moment! 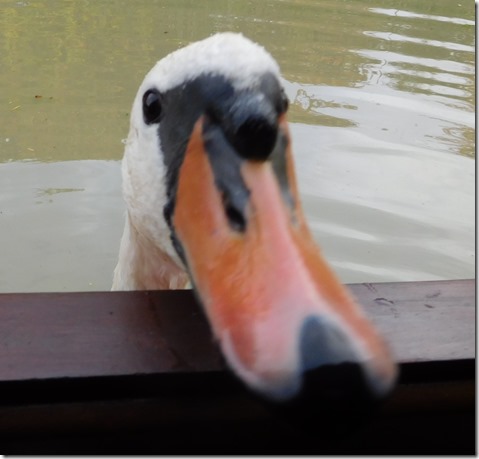 There were further heavy showers later on and there was a beautiful double rainbow during the evening. 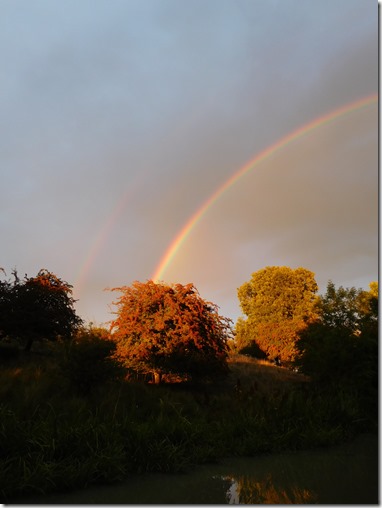 I took some rubbish up to the bins after we had eaten, to see how many boats were waiting for the locks to open at 8am.  The boat breasted up had waited for all to be quiet before reversing back from his mooring on the bend to fill up with water.  Boats were on the water moorings as well as the one at the bottom of the photo, moored outside the Elsan block in pole position for the morning. 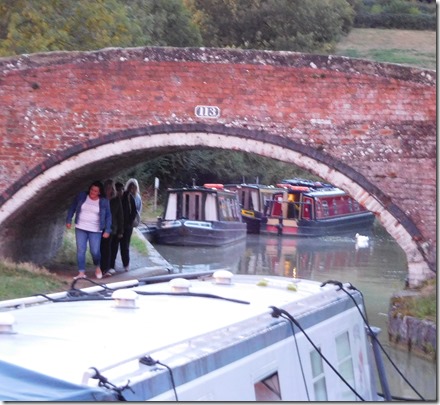 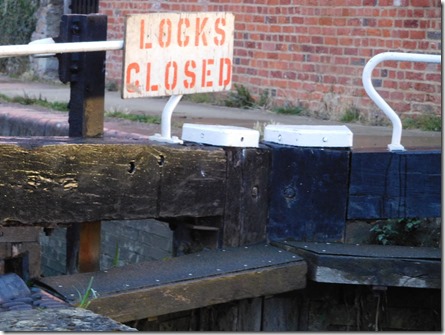