A gentle bimble (not) up Hatton flight

We didn’t rush this morning.  The boat moored in front of us left for Hatton locks while we were still having breakfast, and as there was only one other boat left on the moorings we thought we’d take our time.  Anyway, the later you start the flight the greater the chance of boats coming down and leaving empty locks for you.  NB Firefly, who we came up Cape Locks with yesterday, were still having breakfast when we left at 9, so we were all on our lonesome.  Chuffed entered the first lock at about 9.30. 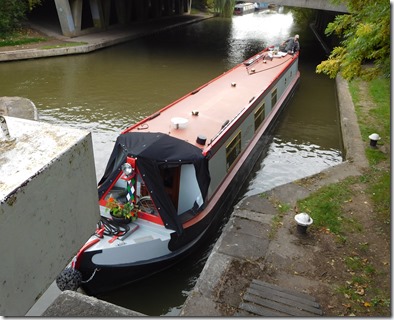 We took it easy and it soon became clear that we had made the right decision – there was nothing behind us.  The locks were all against us to start with until we met a boat which had spent the night above lock 4.  They confirmed that two boats were going up ahead of us.  We briefly had the help of a volunteer before he went down with a boat we passed.  I nipped through the gap in the hedge to get a paper from the garage at Ugly Bridge, and then when we got to the ‘thick bit’ where the locks are close together another volunteer appeared. 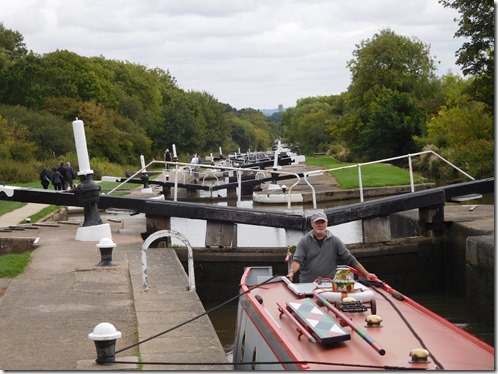 You can just see Warwick between the trees.  We had the volunteer’s help for a few locks, then he went on down with a hire boat which seemed a bit confused.  The last 5 locks were in our favour, or at least had only filled a bit from the leaky top gates.  As we came into the third from top I could see a boater come down, assess the situation then go back, leaving the lock for us.  We passed them in the second pound from the top - two boats, one of which was NB Silver Melody, the favourite boat at Crick 2 or 3 years ago. 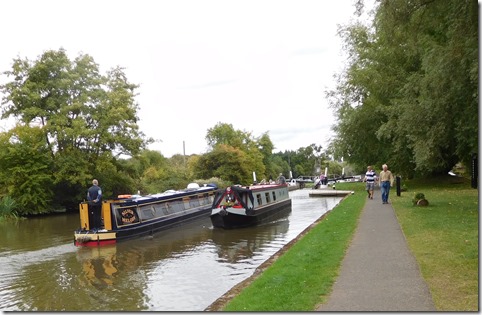 We were pulling onto the water point at the top by about 1, so a pretty good time considering we were on our own with locks against us for a fair bit.  The paddle gear and gates are heavy and relentless, and I felt pretty tired, even though Dave had done half the top gate work.  We filled/emptied and I had a speedy shower while the water filled.  We moved up to the end of the moorings for lunch, which was very leisurely with an extra cup of tea.

We set off again at about 2.30.  We had the umbrella ready for the always-raining Shrewley tunnel – how can it be so wet when there has been so little rain? – and I took the compulsory photo of the moss at the north end. 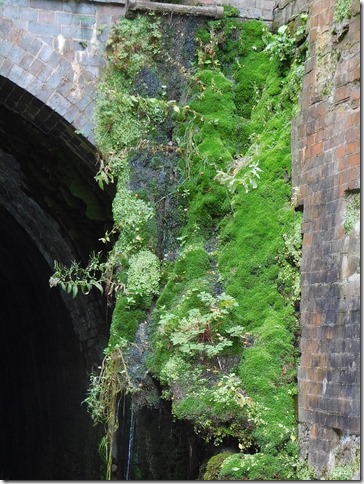 It never looks as drippy in the photo as it is in real life.  The horse tunnel takes the towpath over the top. 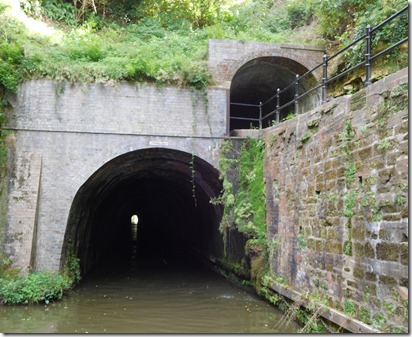 We cruised quietly along towards Kingswood Junction, passing a couple of moored boats which had come up the locks as we had lunch.  The canal goes through a cutting with some fantastic fernery on the slopes. 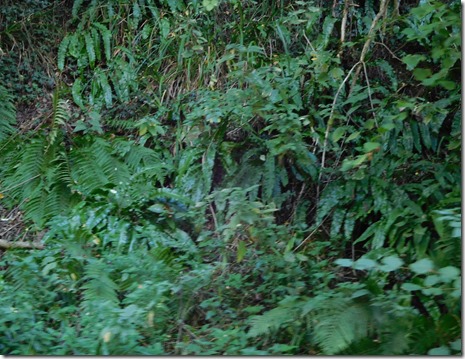 There were a few painted numbers of fishing pegs from long-gone matches, cunningly painted upside down so they could be read easily from the bank.  Just a short isolated stretch remains after neighbouring sections of the towpath edging have been replaced over the years. 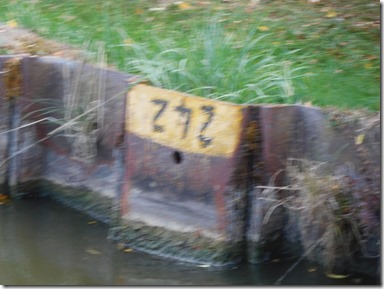 We stopped briefly at the Tom o’ the Wood moorings, not to moor but for some damsons.  I didn’t find the tree I thought I remembered on the Hatton flight, but this one had plenty of fruit although they were very high up – we needed the boat hook to pull the branch down.

Our favourite mooring at Kingswood Junction, by the picnic area, was free – well, it’s Meg’s favourite anyway.  After a speedy scavenge round the picnic tables it was time for a game with a football we hooked out of the canal some time ago. 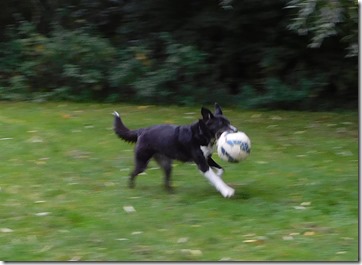 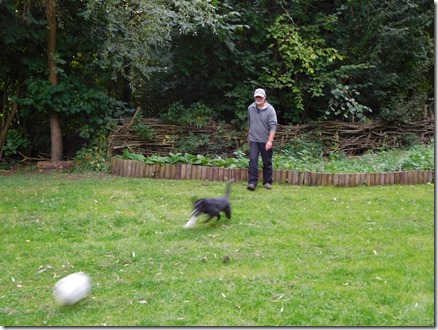 She’s so fast …. I think I should have been pointing at her, not Dave.

Later Dave took her off for a walk and to pick some more blackberries.  I made a summer pudding – well, more an autumn pudding with blackberries and damsons! as we have a loaf of white sliced to use up.  We never usually buy white bread, except for baguettes, but I had to buy it for Meg’s pills’n’paté regime.  One slice lasts her two days so there’s a lot left.  It’s wrong to waste food, so we’ll have summer pudding first then we’ll see what else we can do with it.  Bacon butties with sauce is a distinct possibility.