Crabbing along past Kinver

Though it rained last night, the brisk wind had dried off the grass by this morning.  Before we left I took some plastic and glass bottles up to the handy bins by the shop and got the paper.  We were away by 9.30, wrapped up against the wind but it wasn’t really cold.  At Hinksford lock we waited for a boat to come up.  It was the little trailboat which had been moored opposite us in Birmingham.  It is based on one of our local canals, the Tiverton (correctly known as the Grand Western Canal). 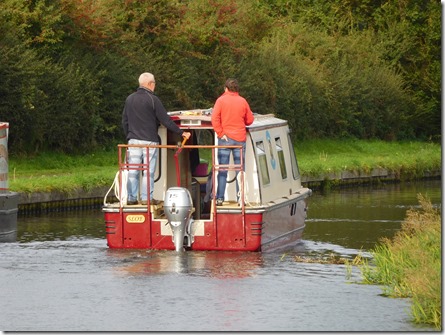 They must have gone through the Netherton tunnel and come up from Stourton Junction.  We went on to moor at the Greensforge facilities, where the water point was running very slowly.  We topped up till we were fed up with it, and as soon as a boat came up the lock we were off again. 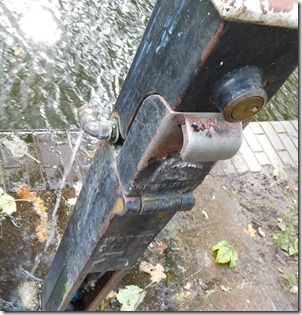 One of the two water points was dripping – I tried to stop it but without success.  I’ll report it.   We cruised on, still recognising very little of our surroundings, though we did remember the stunning gardens attached to a nursery. 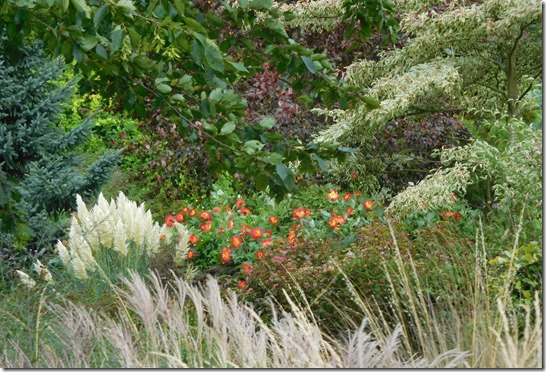 Once we reached Stourton Junction things became familiar once more. 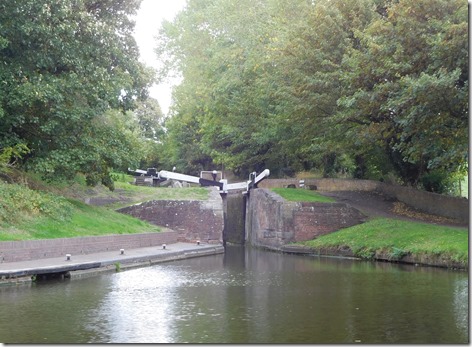 The lock leading to the Stourbridge canal – and looking back from bridge 33. 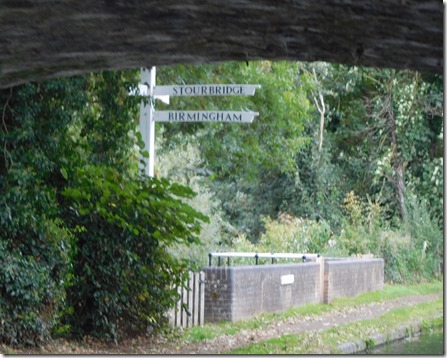 If Stewponey Lock is empty, you have to walk through the horse tunnel to see if anyone is coming up before filling the lock.  When more leaves are down, it looks as though it will get rather slippery on the brick slope when it’s wet. 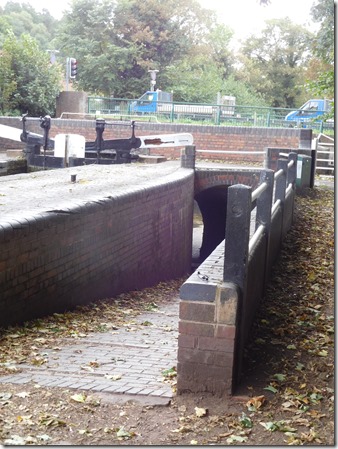 Considering the number of boats we met coming towards us, it was surprising that all the locks were against us.  We stopped for lunch above Hyde lock, which has a pretty cottage lockside.  At last I managed a photo of their garden gates which add to its attractiveness, I think. 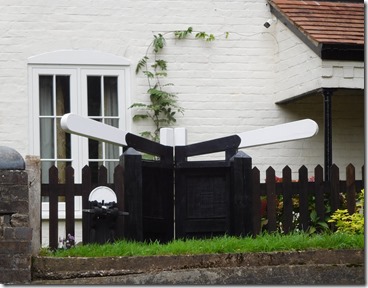 We moored at Kinver, after a bit of a delay while I went to see if the boat on the lock landing was waiting to come up ….. 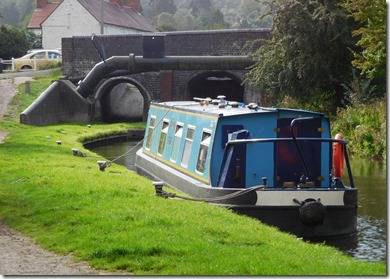 It seems to be a case of a breakdown, sudden illness or a git.  I suppose ‘git’ is preferable, though I suppose a breakdown could be considered the best option.  It was annoying too to find that Kinver’s early closing day is on Wednesday, so no visit to the butcher, greengrocer or baker.

We could have stayed here, but the forecast isn’t very good for tomorrow so we went on for an hour or so.  We passed NB Dolcie Blue moored at Whittington; 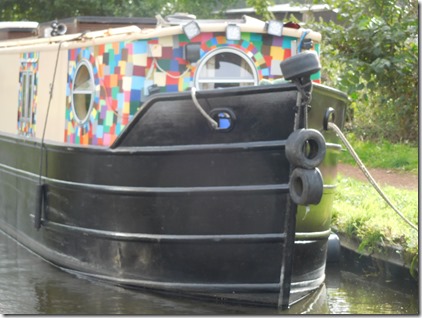 noted some interesting damp-proofing on the cottage at Whittington lock; 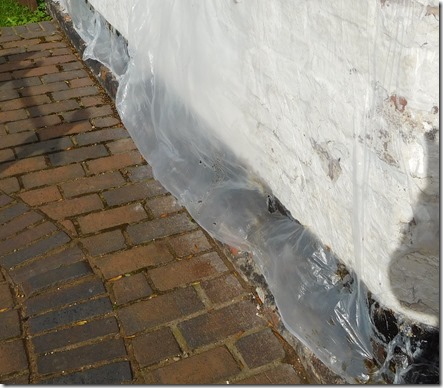 and then we came to a tree across the cut.  We had been warned about it so after a quick recce pushed gently past.  Although it drifted back to look as though the canal was completely blocked, it was mostly ivy.  Even so I decided to call CRT.  It wasn’t an emergency in the ‘danger to life, limb or the environment’ sense, which is what the recorded message on the emergency number says, so I rang the normal one but I was still put through to the emergency number.  Here’s the tree, gently moving back to the edge after we had passed. 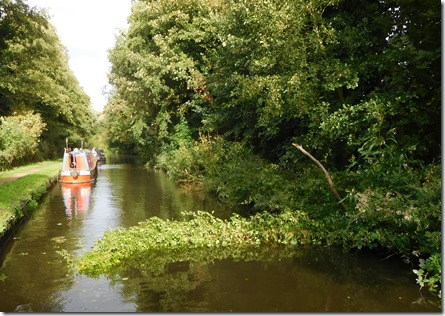 We found a tree-free mooring between bridge 25 and the rocky bend at Austcliffe.  We’d had a good laugh today dodging the acorns plummeting from the trees and bouncing off the roof in the high wind but didn’t want our evening punctuated by acorn impact!