Our very own parade

Friday 27th September; Birmingham
We were still having breakfast when we felt the boat move gently.  The distance between the bollards here is so similar to the length of our boat that it is hard to tie up so that we don’t move a little bit when boats pass.  There was also a very slight change of direction halfway along so we had a pivot point too, and we were in for a rocky half-hour while five historic boats passed on their way to Dudley. 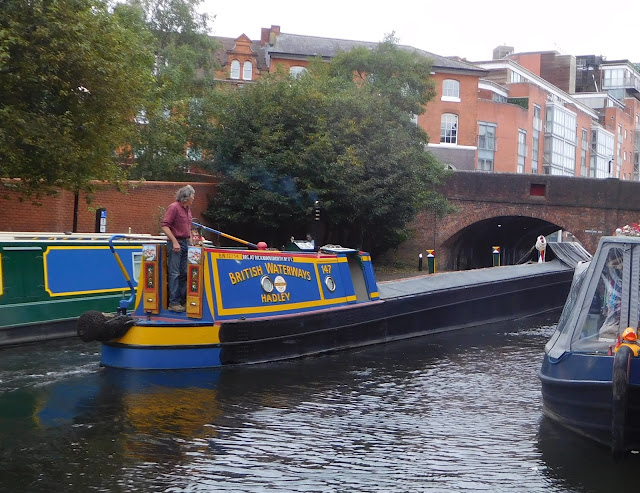 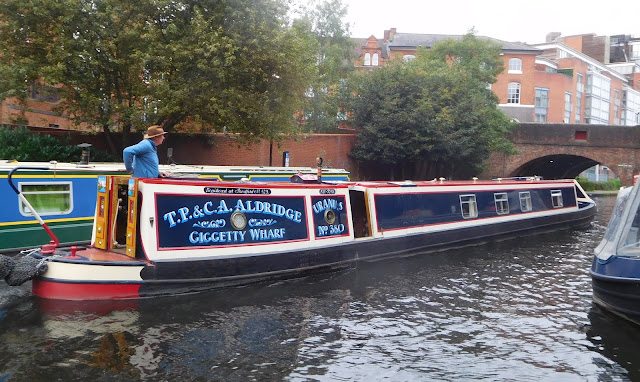 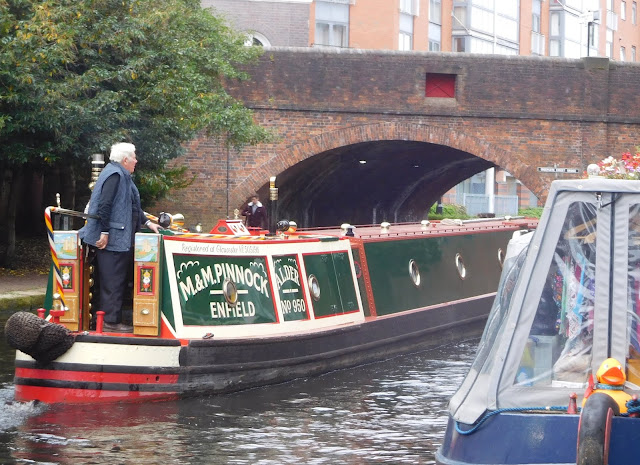 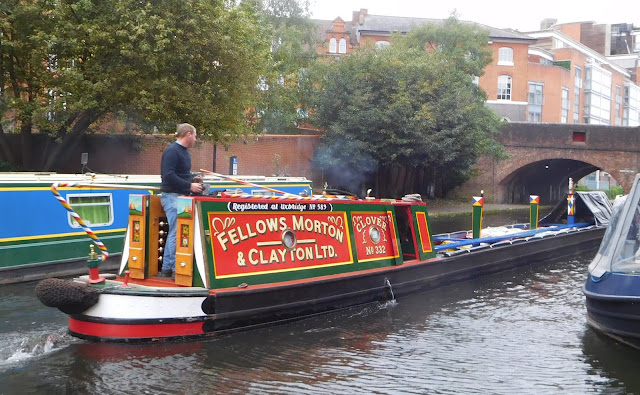 There was another, but I didn’t get a picture and I’ve forgotten its name.  The forecast was bad so I made a point of getting down to Cambrian Wharf to dispose of rubbish and get the paper, hoping to catch Jennie and Chris (and Monty) on Tentatrice before they set off.  Success! 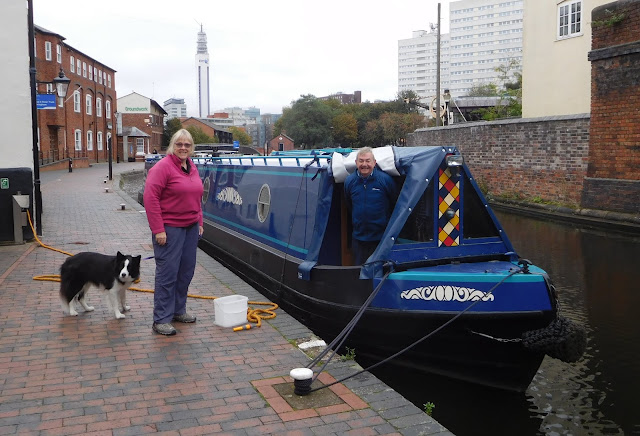 I got back to Chuffed just as the first drops fell.  Poor Jennie and Chris!  Their blog tells the soggy story https://pippa13.blogspot.com/2019/10/a-deluge-27th-september-2019.html.  It was a while before the rain eased off, and then I strode off to Spring Hill Tesco with my trusty trolley, hoping not to get drenched.  I didn’t, though it was raining gently on my way back.  The route is through Meg’s third favourite park (1st – Spiceball, 2nd – King’s Norton) which you enter from round the back of the Roundhouse – the steps down to it are opposite the back of the Arena.  It’s a good park for local families, with a basketball court where little ones learn to ride their bikes and older ones their skateboards.  But unfortunately a circle of large motorhomes and caravans is now arranged around the hard standing, making it unwelcoming for anyone else.  The grassy areas are getting chewed up by motor vehicles, and the rubbish starting to build up suggests that this could be a group of travellers.   I wouldn’t want to take my children to play there at the moment.

It rained heavily till after lunch.  The heron which had been hanging round earlier returned, plodding past in the rain.  It is very tame – I was standing a mere three feet away when I took the first pictures. 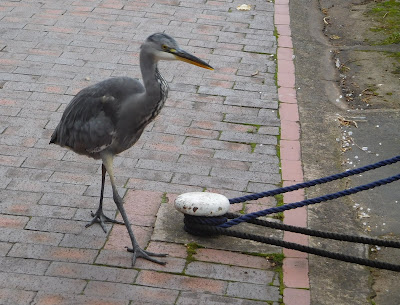 Another dry spell saw Dave take Meg out for a walk up the towpath.  Luckily for him there are strategically placed bridges so they didn’t get too wet when the rain returned!  Meg seen to, we grabbed waterproofs and dashed to the Art Gallery for a couple of hours.  It’s nice getting to recognise some of the pictures you like, and we enjoyed seeing new stuff.  One of the rooms was focused on Op Art, with works by Bridget Riley and some people I hadn’t heard of.  This was where visitors stopped, laughed delightedly, took photos and selfies, and talked!  It was great.  This one was amazing.  It is 3-dimensional, which is not apparent from the photo.

It’s called Superduperspective.  What looks like the far-away end of a corridor actually projects towards the viewer, sticking out of the front of the picture.  I wish I’d taken a pic from the side!  To achieve the effect of a corridor stretching away from you, the artist – well, read the following for the explanation.  We loved it. 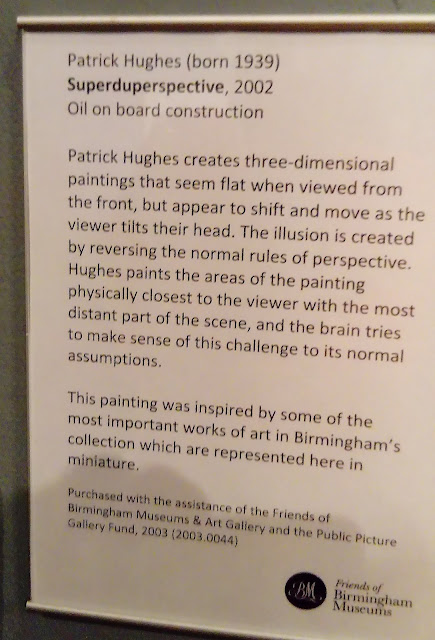 We also had another look at the Staffordshire Hoard, which we have seen before.  Then it was closing time and we were gently ushered towards the exit.  Our way home led through Symphony Court.  Parts that were fenced off last time we were in Birmingham have been completed, but work still goes on.  There used to be lovely patterned paving here but that’s all gone and the new patterns are much less interesting.  There is another large water feature though, behind which can be seen more works. 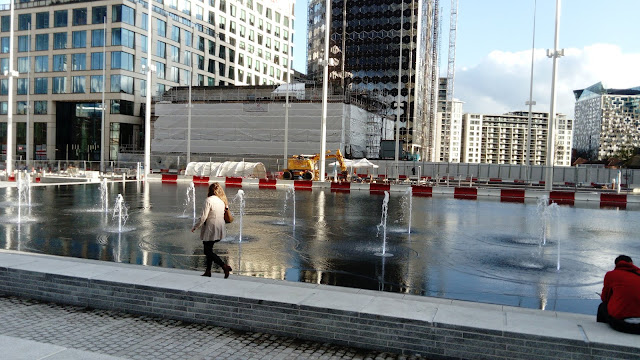 It started to rain but we were back in the boat before it really got going.