Dave belongs to Exeter Strollers walking football club, and today there was an over-70s tournament – in Worcester.  So obviously we came up to the boat!  Well, actually I only came because the forecast wasn’t too bad – if it had, I’d have stayed at home!

The weather was pretty bad as we drove towards Bristol but the closer we got to the boat the better the weather got.  We unloaded in the dry – that didn’t take long, as we are only here for one night – and after a quick sandwich Dave got his kit and drove off.  So what did Meg and I get up to?  Well first, of course, Meg needed a walk, having been cooped up in the car this morning.  We went ‘uphill’ towards Hanbury Junction – having been on the motorway for a couple of hours already, I wanted to get away from it.  There was a volunteer at the top lock, checking the weather forecast on his phone – it is getting better, at least till tomorrow lunchtime!  He had three boats through this morning but was getting a bit bored now.  The Severn is rising – technically still navigable, but nor recommended – and so is the Salwarpe. 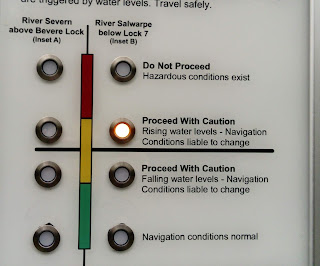 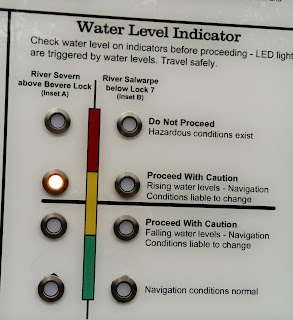 There was a very squishy patch of towpath on the Worcester and Birmingham nearer to the junction, but once we got past it there was good walking all the way to Aston bottom lock.  No boats were on the move and few walkers, no runners and no bikes.  There were some mushrooms though – 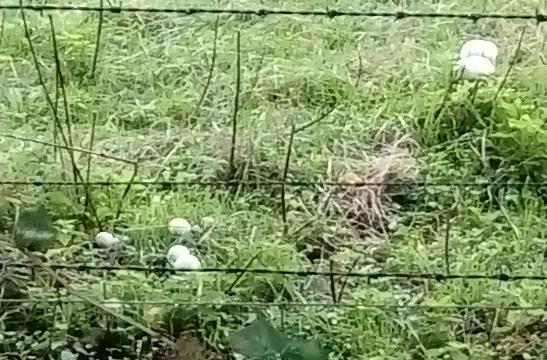 They look as though they could be field mushrooms, but my field guide is not on the boat, so there was no point collecting them. Aston bottom lock was empty, and I would say silent  but there was plenty of leakage from the top gates.

We started back, and soon met a fellow boater from the marina.   Having spent all week dodging the rain and blacking his boat at the marina, he was striding off for a rewarding pint at Stoke.  It was a lovely afternoon for a walk; fragments of blue sky were beginning to show as we made our way back and it was getting quite warm.  Two boats were coming up – here is the first. 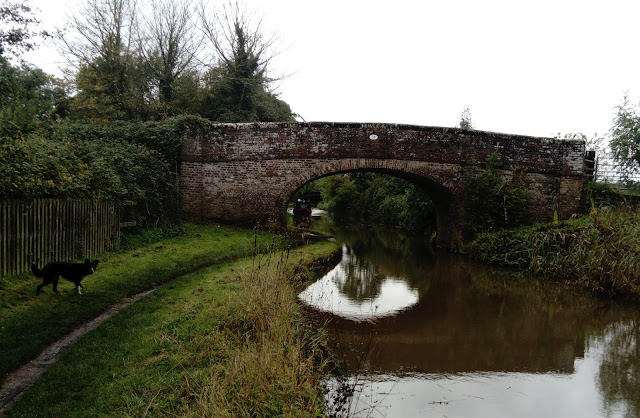 The second was a hire boat, either from Worcester or making its way back to Alvechurch.  But neither had come up Hanbury locks.

Back at the boat, I washed the starboard side of the boat, then as I couldn’t find the Carnauba wax I cleaned out the well deck instead of waxing.  Meg said she still felt neglected, so we had a quick walk down to the staircase locks, where there is space to play ball.  When we got back, Dave had returned having had a great time.  He went off to have a shower - the facilities at the marina are excellent – and I lit the fire.

0 locks, but quite a few miles walked by all three of us.
Posted by nb Chuffed at 09:16