Out again on the hottest day of the year (so far)

On the hottest day of the year so far we drove up to the marina, along with many holidaymakers travelling on the Friday to avoid the Saturday queues.  It was ok for us – there were only a few slow stretches – but it hadn’t worked too well for the poor souls going down to Devon and Cornwall, there were long queues around Bristol.  In spite of the slow bits we made good time and were unloading the car soon after 1 pm.  We connected up to shore power for a couple of hours before leaving.  I went up to the office to collect the latest issue of Towpath Talk, and to buy some plums – picked by the owner’s daughter, money for a local charity whose name I have forgotten.  And there was Tentatrice on the wharf, and time for a quick chat before we left. 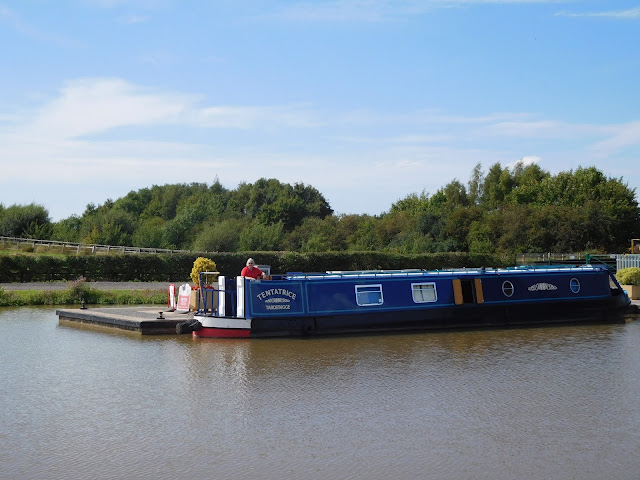 The weather was extremely hot and became uncomfortably sultry as the cloud cover came over.  On the lock before the M5 culvert, where one of the gate paddles has been chained up, there is now an explanatory notice. 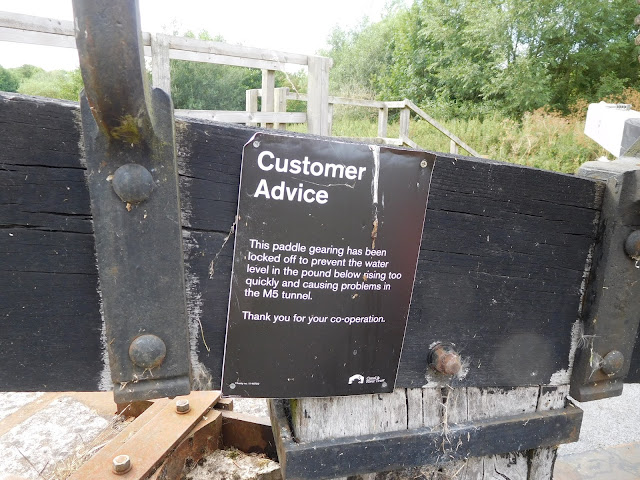 A bit later there was a bit of a clatter, sounding as though a long bit of stick had got caught in the propeller and was knocking on the hull.  A burst of reverse seemed to clear it, then it came back again.  We were in lock 7 at the time, so once out we tied up on the lock landing to investigate.  It was a rubbery rolling type of fender, complete with rope and the snapped off end of the plastic handrail hook it had been hanging from – that had made the knocking noise. 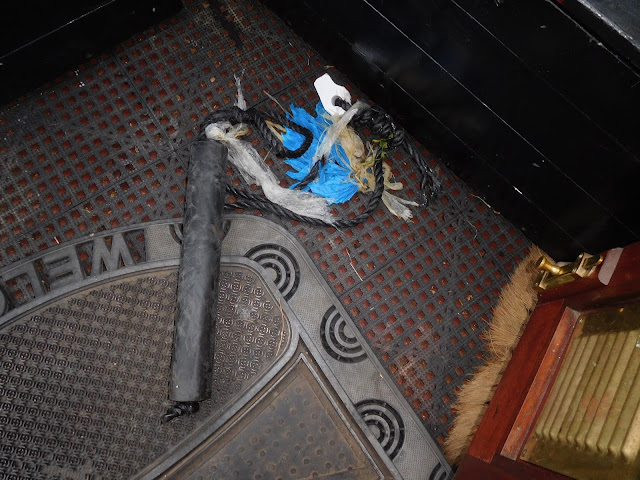 A boat had just come into Barge lock as we approached.  The local kids had been using the lock as a swimming pool, and a couple of them helped with the lock operation.  A lad closed one gate for us as we came in – although you should easily be able to use just one gate, you can’t because the river Salwarpe dumps so much silt that they don’t open fully.  As we left the same lad swung the bridge and a young girl had done the padlock by the time I was crossing to shut the last gate.  The next 2 swing bridges were awkward.  On the first, a passer-by was already holding it properly closed so that I could get the padlock released – it is difficult to do this on your own!  On the second, I had to ask a passer-by to help.  Swinging this gate was heavy work too – it’s hard to get it moving, but I managed.  We moored on the side of the park just before the basin.  There were some young people on the grass and an older group round the table, taking advantage of the shade.  They got louder and louder as the evening wore on, and clearly social distancing wasn’t a priority either.  We wondered if we’d have a disturbed night, but by 9.30 they had all gone, binning all their cans on the way.