It was very cold in the deep shade of the flats opposite the visitor moorings at Cape, so we set off earlier than we would normally have done to get out of it.  At the top lock the sun was shining in a glorious blue sky. 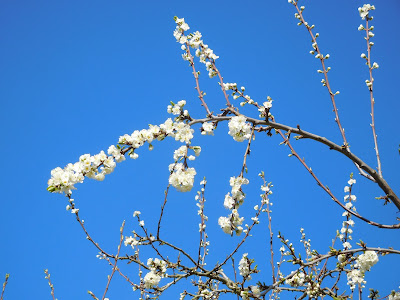 The paddle gear seemed very heavy to our tired and aching arms after yesterday’s descent of Hatton.  We used the two-windlass method to make life a little easier. 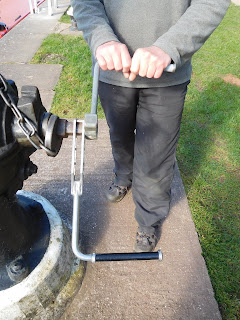 At least the locks today are not all together, so we can recover between them.  At the bottom Cape lock is the short cut to the main road on which Warwick Hospital stands; just follow the path and turn left at the end – it’s less than a mile.  It looks even closer to the moorings opposite Kate Boats. 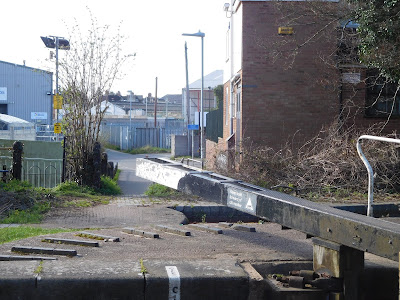 It was still cold enough to need our thermals as we cruised towards Leamington.  A visit to Tesco was needed.  There was a lot of yellow jacketed activity on the approach to bridge 46;   it was the local IWA group on one of their regular clear-ups. 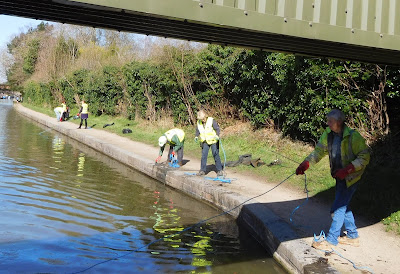 The organiser helped us moor on the end of the Tesco mooring.  We needed Tesco rather than Lidl because Lidl doesn’t do papers!  When we came back a couple of young lads were negotiating with the volunteers for a bike they had just hauled out.

As we went through Leamington we passed the recently completed student flats alongside the moorings for the town.  The artwork on the hoardings was all long gone, of course, but a splendid cat now glares down from a wall, pretending to ignore the mouse at its feet. 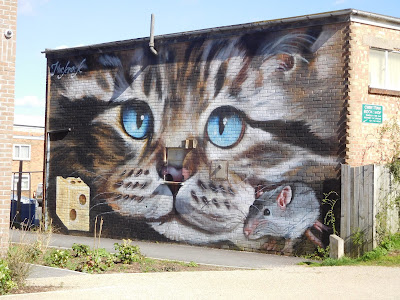 We had a pleasant stop at Offchurch for lunch in the sunshine before pottering off again, having shed our thermals at last.  Cruising was just glorious in warm(ish) weather without too much wind.  I took this snap of nowhere in particular, just to illustrate the general loveliness of it all. 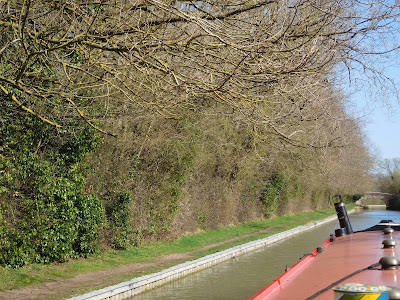 We pottered on through the remaining locks to Long Itchington, passing just one other boat.  We knew there was a hire boat ahead, because we found their windlass at Radford lock top gate.  Soon afterwards a chap puffed up having run all the way back from Fosse bottom lock to retrieve it.  Of course, with them ahead we had to turn all the locks, but easily made Long Itchington where we moored a couple of bridges before the pubs, out in the peace and quiet. 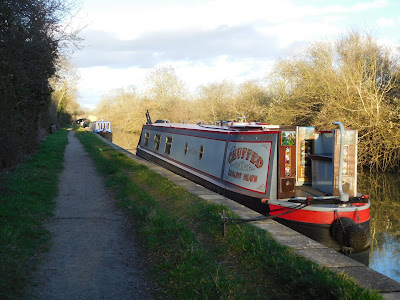